Why does your business need solar?

For starters, with solar, you can save money on energy costs, capture the tax benefits, and help the planet simultaneously. When you turn on a light switch or computer at work, where does the energy come from? Do you consider the environmental and downstream impact of energy production? How can your company lead by example and offset or mitigate the effect of its current energy use? Rather than externalizing this and the impacts of current energy production, why not make your energy from your roof or parking lot? Most of us have considered or installed solar on our homes.

Meanwhile, a business’s usage has a much larger carbon footprint and more available incentives for companies to benefit from switching to solar. While more and more businesses are looking to reduce environmental impacts, becoming B-corps or doing lifecycle analysis on their products and inputs. While looking for ways to hedge the ecological impact of their businesses, one of the easiest ways of doing this may be using unused roof space for solar or covering the parking lot with solar carports. 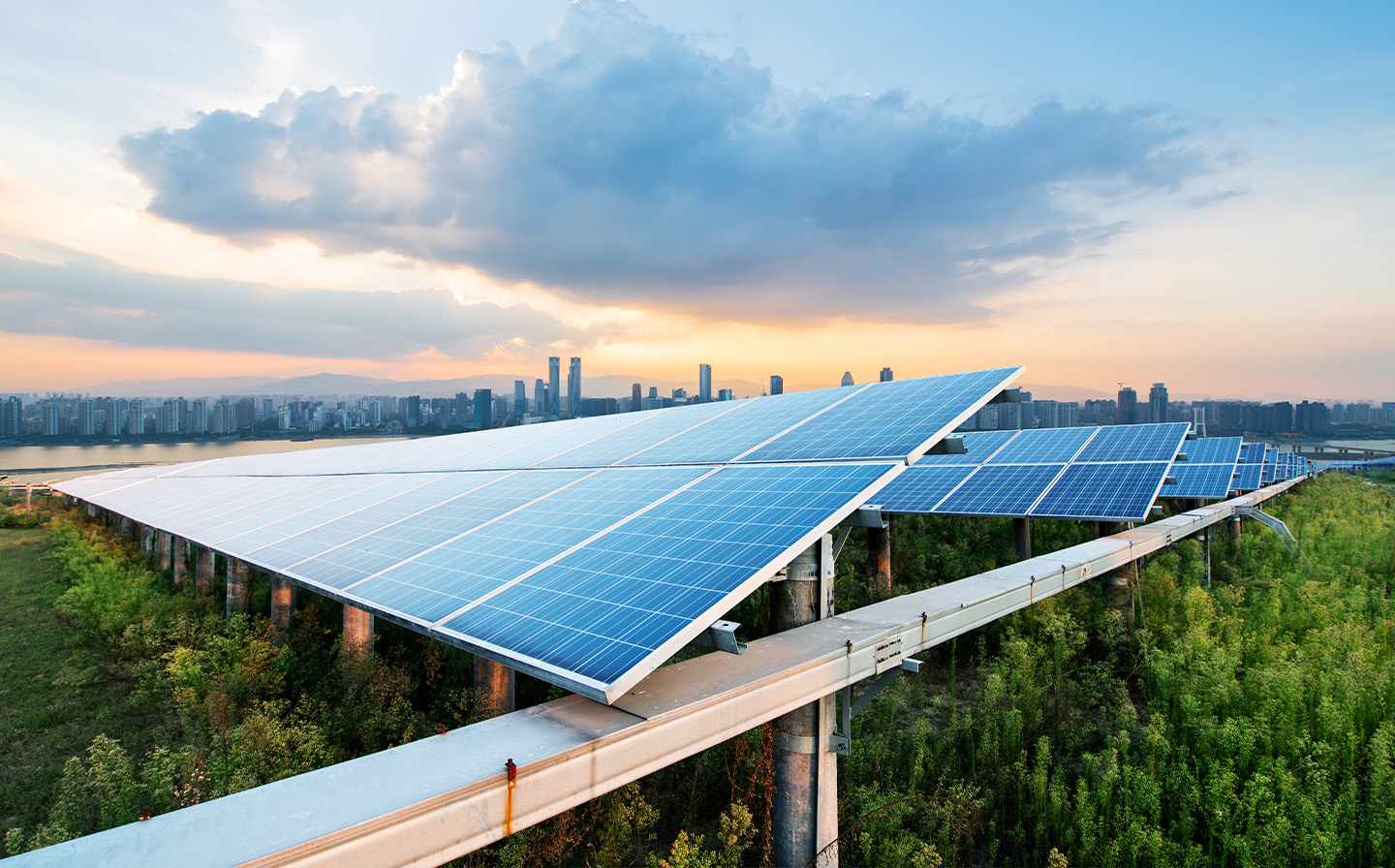 When is the best time to add solar to your business or place of work?

Much like “the best time to plant a tree was twenty years ago, the second-best time is now,” solar follows the same logic in many ways. There are currently significant incentives like tax advantages. Over the years, technology has improved tremendously, causing the prices of panels and equipment to plummet. The drop in cost has also led to public awareness of renewable energy, influencing business leaders to decrease their carbon footprint and take responsibility for their environmental impacts.

The costs of installing solar have come down substantially, and the recent financing options have made commercial solar one of the best investments available. A business can eliminate an unsustainable and rising cost (kWh usage and electricity rates) with a sustainable and fixed price, allowing them to have free energy from the sun. Commercial solar arrays often have a 3–5-year ROI and will last 30-50+ years.

With the price of panels coming down around 87% in the past decade due manufacturing and production scaling up, while efficiencies have improved. For example, when I started working in solar, panel efficiencies were around 17%, and now panels generally are about 21% efficient (the amount of the light spectrum captured by the panels).

While recently the price of raw materials has been increasing (largely silicone, semiconductors, steel, aluminum, glass, and wiring), this is an offset. The technological improvements hedge these increases as efficiencies increase output, meaning we need fewer panels today to offset energy use. This results in fewer panels, racking, wiring, and installation time. Often the return on investment depends on the size of the array, the local utility’s interconnection approval process, and local permitting (the larger the system, the shorter the ROI). There is, however, no ROI in continuing to pay rising electric bills. Many systems will last 30-50 years, and while many warranties on panels are 25-30 years on productions, panels continue to work well past their warrantied life. As energy costs rise, as they usually do around 3.5% a year, the business is constantly being charged more for energy. With solar, you can lock in a fixed financing cost, capture the incentives, and often start saving money on day one.

There are several incentives to help businesses transition to a clean energy future. The first is the Federal Tax Credit or the ITC. The ITC is a dollar-for-dollar credit against Federal Taxes paid and is currently a 26% credit from the cost of the system. The ITC is stepping down and is scheduled to decrease to 22% next year, 10% the following year, and then be phased out. This phase-out is a great time to capture this tax credit incentive.

While I am not a tax professional and every tax situation is different, a business can also deprecate the solar array. This has traditionally been an accelerated depreciation schedule, a 5.5-year schedule, or MACRS deprecation. Currently, for the remainder of this year, this can be taken as bonus deprecation or 100% upfront the first year, which doesn’t include half of the ITC. So, for instance, at a 26% ITC a business could deprecation 87% of the cost of the array.

If you work in a public building like a school or a church without a tax appetite, you could still go solar! But instead, through using a finance product like a PPA (Power Purchase Agreement) or a lease, companies are formed to capture the tax credits, pay the energy bill, and gift the system to the school or church. These organizations will then save money on energy costs with no money upfront and can simultaneously help the environment. After a set period, they are generally gifted or can buy out the system for pennies on the dollar. Lastly, some utilities, states, and cities have additional incentives. While in significant energy use situations, there may be savings on power factor, and peak load charges. This is all on top of Net Metering or Net Billing, where a company will get paid based on what they are charged for excess production. In rural locations, there are potentially additional grants available as well. There are several reasons to add solar to your place of business, and it could mean considerable savings in energy costs, tax incentives, and increased public awareness of the environmental efforts of your company or workplace. 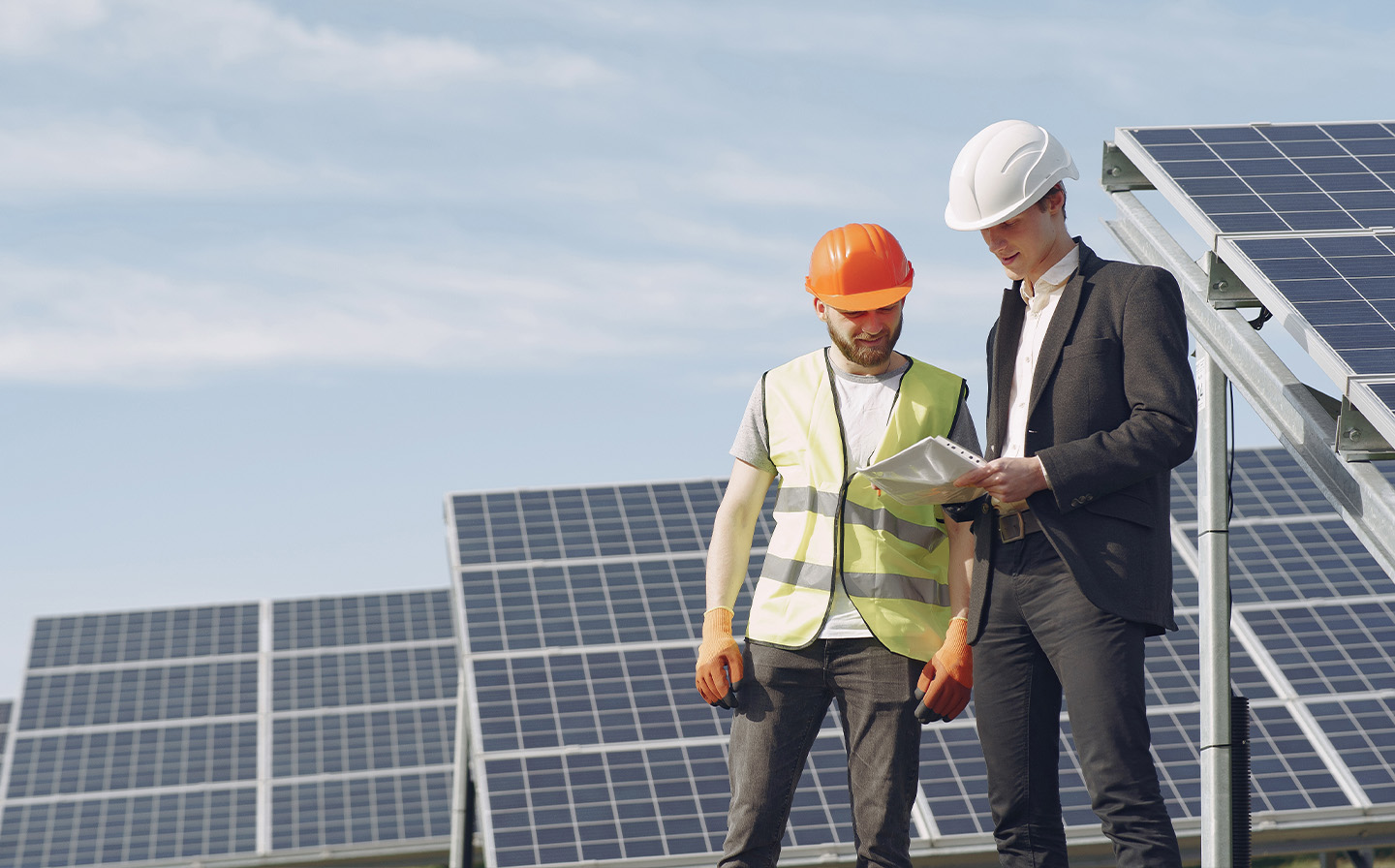 Over the years, I’ve heard a few common misconceptions regarding solar technology, so let’s dispel some of the common ones:

1) The technology will improve, and I will wait for the next best thing.

While there are wildly successful lab tests reaching excellent results on efficiency, the panels increase about .25-.5% in efficiency every year. However, waiting will never come close to hedging the rising cost of energy, the lost revenue to energy expenditures, or the loss in the Federal Tax Credit stepping down 4%(or the loss in bonus depreciation).

2) Solar shutdowns in a grid outage.

While the above statement is generally true, a traditional solar array will shut itself off for safety to not back feed and electrocute line works repairing the grid or rather the electrical equipment. The number and duration of blackouts have been decreasing every year, and often when blackouts occur, there is minimal sun for production during these events. Line worker safety is far more important than the little missed production in a severe weather event, where blackouts generally originate. There are ways to avoid shutdowns in a grid outage scenario that can be done with batteries (which often involves islanding the system), backup generators, or recently released new inverter technologies.

3) Solar panels are environmentally hazardous and will end up in landfills.

Many companies have recycling plans in place. However, they have not had enough panels to ramp up recycling programs where the materials are mainly recyclable and are done efficiently in more mature solar markets worldwide. Over the years, the US has lagged in solar adoption, causing a lack of recyclable aging panels. This is also due to the lifespan of these panels being 30-50+ years. However, every month new companies arise that specialize in recycling panels.

In closing, we currently have the technologies needed to mitigate and reverse climate change; however, we need massive adoption and a shift away from externalizing environmental impacts and our businesses taking responsibility for the effects on the environment. Solar decarbonizes energy production and stabilizes the grid by feeding energy into the grid throughout the system. Solar production is during peak energy load usage, which is the most expensive energy load to produce (the most significant energy production is on sunny days while people use AC).

While conservation is the cleanest form of energy, I often suggest having a building energy audit. For example, converting to LED lighting and with your new lower energy usage sizing an array to offset your reduced energy consumption. We can calculate this and size according and consult on LED lighting as well.

If you are interested in seeing how you could save your business money on energy costs while helping the environment, let us know, and we can offer a free consultation. 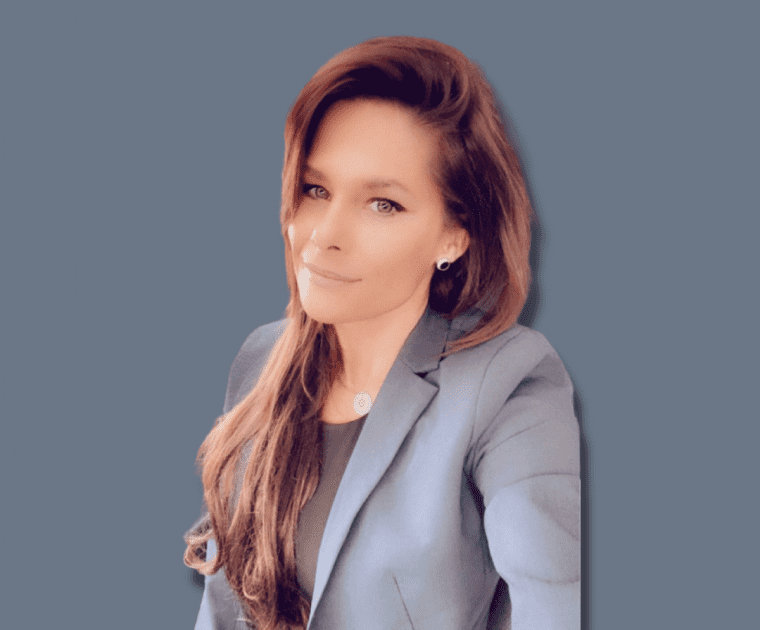 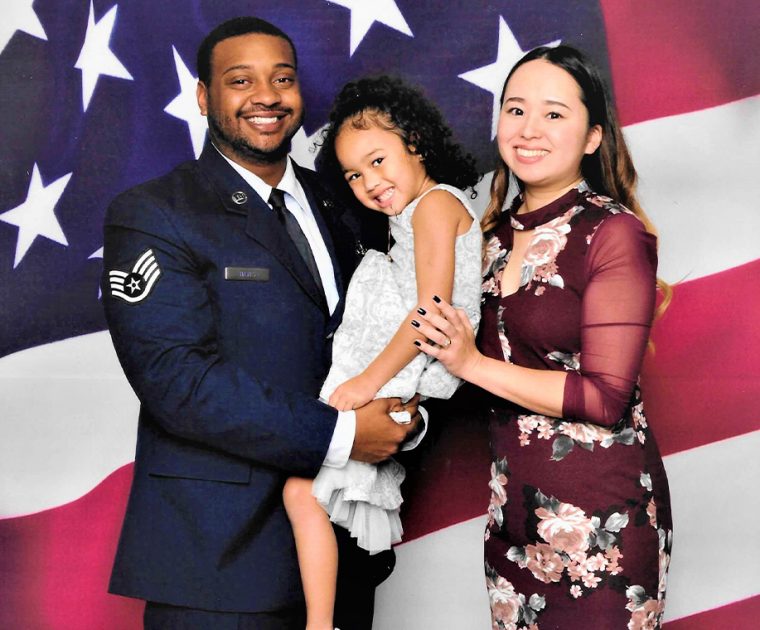 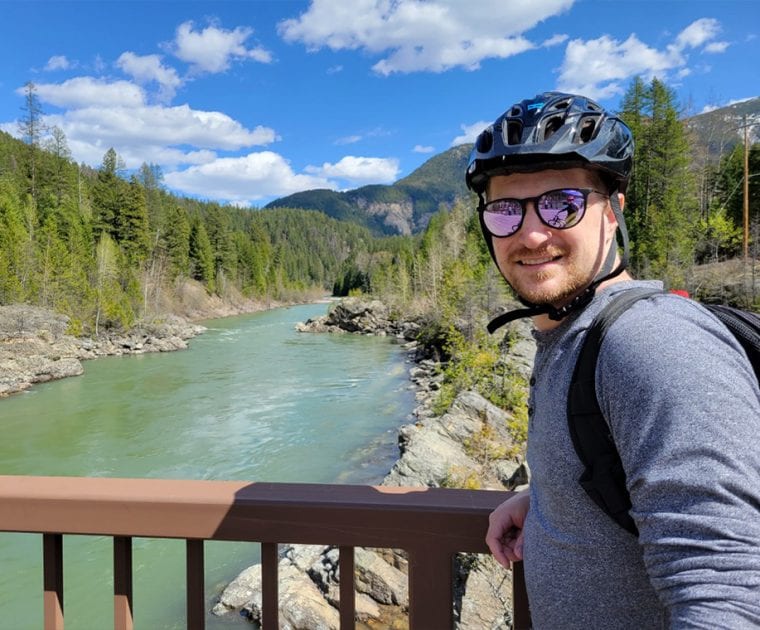 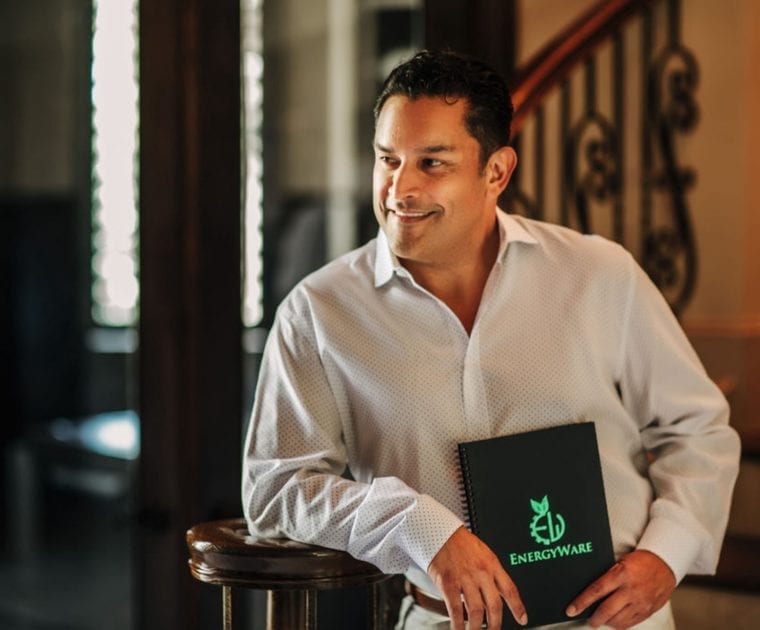 Jake Jacques of energyware: Lessons Learned From My Military Experience 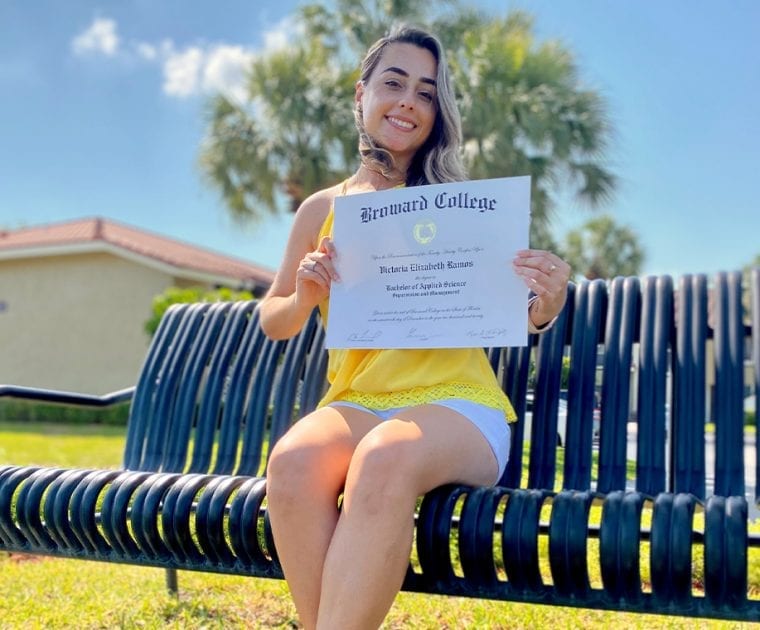 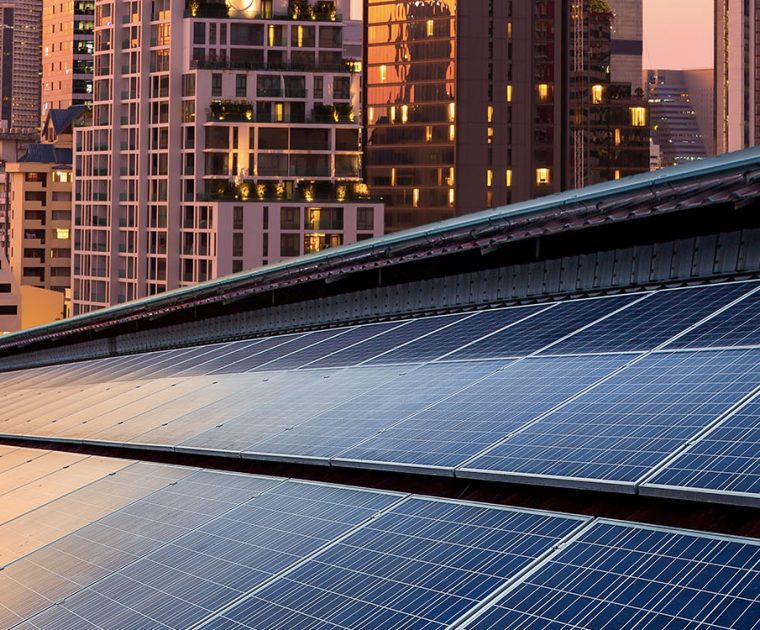 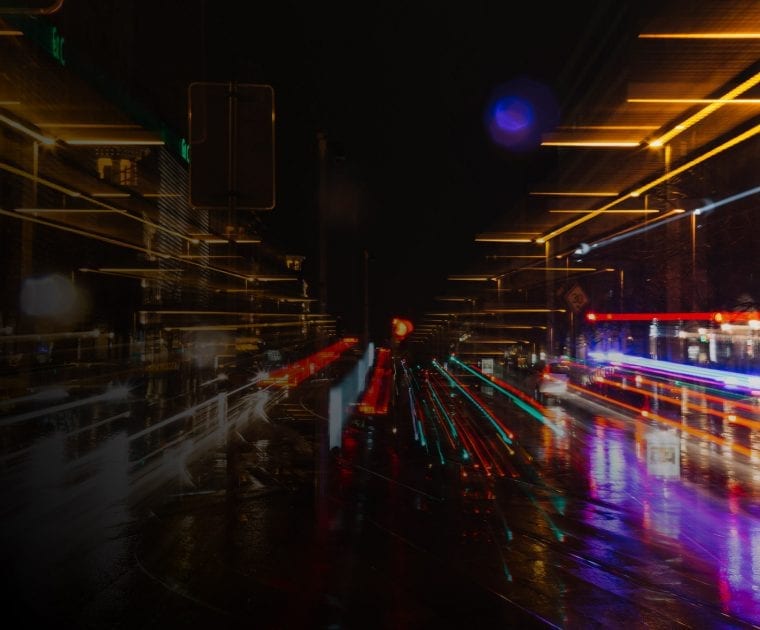 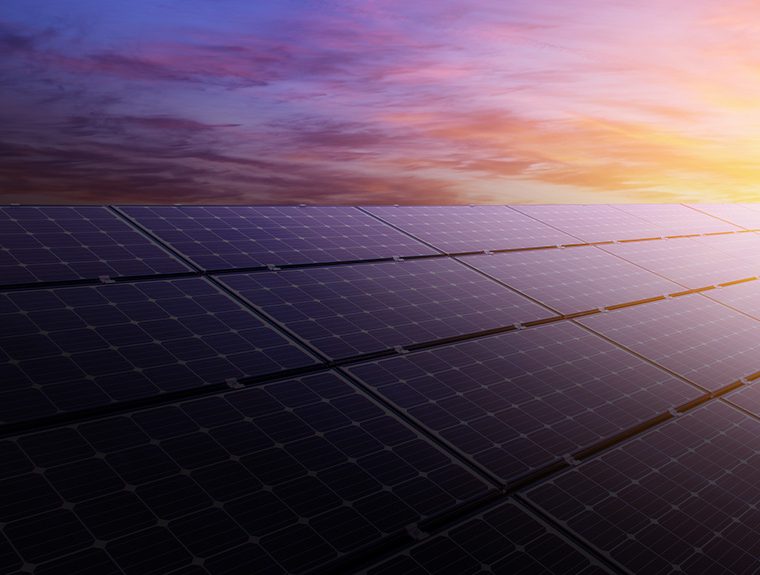 Why does your business need solar?